We often look at businesses that have prospered over the years and learn important lessons from their experience and success. After all, recreating success is often our goal, especially if that success launched a company into the stratosphere in earnings and reputation. Sometimes, though, it pays to look at history's failures to learn what not to do. Understanding what worked is often complicated and requires a nuanced understanding of the moment in time that made a given product or strategy work. When something fails, however, there's often a much clearer lesson left in the financial fossil record. Learn from these four historical marketing missteps: 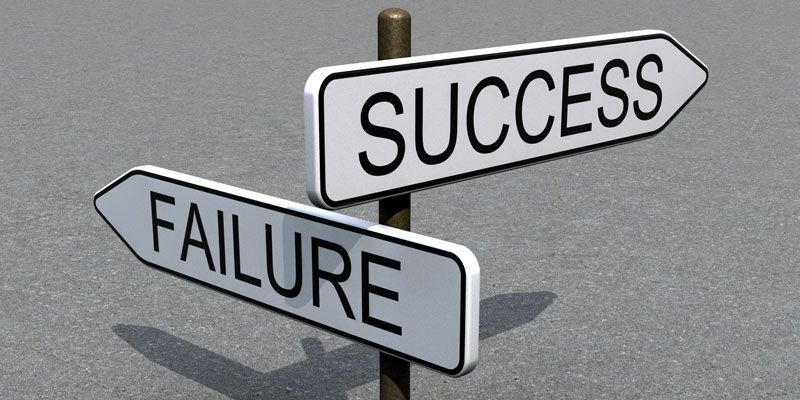 An event so catastrophic that its name is still synonymous with failure, the Hindenburg crashed and burned so spectacularly that it destroyed an entire industry. In an era where Zeppelin travel was the height of luxury and when you could travel by airship much faster than you could travel by ocean liner, there were few safer ways to reach your destination. There was a remarkably low rate of injury and accidents in the entire industry for decades, and it all went up in flames in a single incident. Even though airship travel was still safe overall (and it would become incredibly safe today, with the advances in technology), this one incident was enough to drive a stake through the industry's heart.

Lesson Learned: Numbers won't persuade people to keep using your service if you have a major, fiery crash in a public way.

Ford is still around as an automobile maker, but one of the company's most notorious flops was the Edsel. Introduced in 1957, there was nothing technically wrong with the product. The Edsel was a functioning automobile; however, it was a marketing disaster. The name didn't evoke any particular feelings, and the company never explained who the car was for. The car was too big for the public's demands, which were for smaller, more efficient vehicles, and there was never a push for it to be a luxury vehicle. It would get you from point A to point B, but no one was sure what else it was supposed to do.

Lesson Learned: Make it clear what niche your product is supposed to fill, who your target audience is, and what problem it will solve for them.

While we all use DVDs or digital files today, it wasn't so long ago that analog VHS tapes were all the rage. In 1975 Sony had their own tape on the market. Betamax had a lot to offer, and it was perfectly capable of claiming the market as its own. However, Sony decided that Betamax would remain proprietary, which meant that it restricted the use of its own product. VHS, on the other hand, was a product that was open to use for everyone. While Betamax wasn't a bad product, the tight fist Sony kept on it made Betamax a niche market at best, as the market adopted VHS en masse.

Lesson Learned: Don't artificially restrict your audience. The more people who can use your product, the more product you'll move.

Coca-Cola is one of the most popular soda brands in the world, but in 1985 they were losing market share to their rival, Pepsi. Coke's engineers created a formula that was supposed to taste more like Pepsi. Coca-Cola did their research, and in taste tests, New Coke was consistently popular. When the product finally hit the market, however, it was a disaster. It was so unpopular that Coke pulled it within months, and went back to its original formula, calling it Coca-Cola Classic to make sure there was no confusion on their trustworthy product.

Lesson Learned: Imitation doesn't always work. If you have a niche, and you fill it in a unique way that's true to your brand, don't dump that to chase someone else's success.

There are countless takeaways to reflect on and learn from in history. Understand others’ mistakes, and don’t run into the same pitfalls. For more information and to learn how to perfectly market your small business for success and growth, contact us today!

Benjamin Liu earned a Bachelor of Science in Information Technology and a Bachelor of Journalism degree from the University of Missouri. Hoping to mesh the Advertising and Web worlds, Benjamin is interested in marketing’s creative direction, blending clever visual design with non-traditional advertising via web and motion graphic design. He is motivated to combine advertising with technology and information to improve implementations of captivating marketing strategies and tactics.