3 Ways to Use Drones to Capture Captivating Video

Using aerial drone video is no longer a new idea in digital marketing. Today, more businesses are discovering the value of drone video as a marketing tool. Here are 3 ways you can use aerial video footage as part of your marketing arsenal. 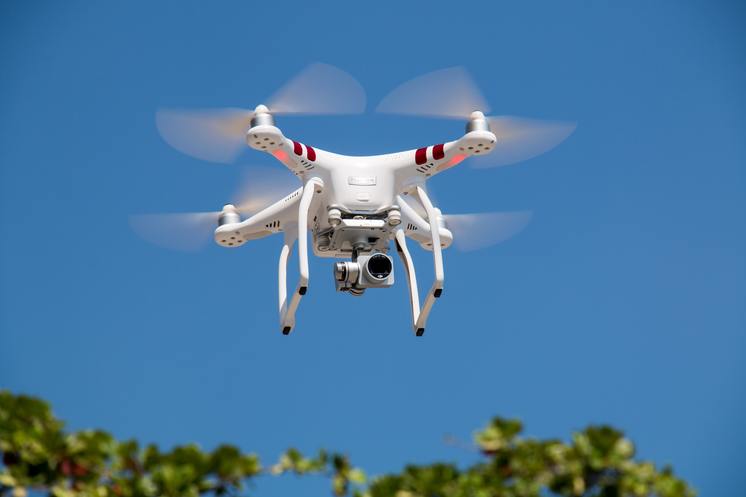 1. Take your social media followers on a magic carpet ride.

If you're currently engaging in social media marketing, you may already realize the value of posting videos of things like customer testimonials, behind-the-scenes company tours, and other events. Typically, these videos are shot with a handheld video camera or mobile device. However, with drone footage, you can take this content to the next level! If you pepper it with some drone video footage, you'll make the viewer a virtual passenger and make the content more compelling.

Tip: When mixing drone footage with standard footage, it can be creatively smart to begin the piece with drone footage. This sends an immediate subliminal message that the video is worth watching to the end.

The word "reveal" often implies making something known that hasn't previously been seen. In the context of drone videos, it really refers to a cinematic technique. To create a reveal video, the drone starts filming while it's far away from the subject, then descends, zooming in on the main subject, thereby "revealing" it. Reveal videos make the viewer part of the action because they feel as though they're flying an aircraft right to whatever it is you're selling. Real estate professionals often use this technique to introduce prospective buyers to a property before they ever see it in person. The good news is, this technique can be applied to virtually any building, like your office, store, or business headquarters. It's a great way to showcase your business's physical presence to potential customers before they visit or buy from your company.

Tip: Another way to shoot a reveal video is to reverse your reveal: begin shooting close up and zoom out to showcase the bigger picture.

3. Use a drone as a handheld camera.

Have you ever shot a video where you were following some sort of action on foot using a mobile device? Did you notice how there was often a lot of shaking in the video? The shakiness can make a marketing video undesirable to watch. However, if you use a drone as a handheld camera, you can avoid that shaking because most drone cameras include stabilizer technology that keeps every shot as smooth as silk.

Tip: Before you use an aerial drone as a handheld video camera, be sure to remove the rotors so the drone won't accidentally take off on and slash you.

With the increase in the number of businesses using video as a digital marketing tool, incorporating drone video footage puts you above the crowd, figuratively and literally! Drone footage enables you to tell your story in a more compelling way as you take your prospective customers along for the ride. To learn more about how drone video can enhance your digital marketing strategy, contact us today.

Igniting Business fulfills this need by providing powerful small business solutions at affordable rates. Our team of web design, SEO, and marketing specialists are here to make your job easier and help your small business succeed. We encourage you to contact us to learn more or to set up a free consultation.